Short falls have always been and can always be potentially fatal.

[1] In 2007 and again in 2012, Bumbo seats were recalled due to babies falling over backward and skull fractures resulted.  In one case, the baby seat was on the floor!

[2] There has been biomechanical research suggesting that the fall Amanda had actually surpassed all injury threshhold measurements necessary for skull fractures to result.  The Medical Misdiagnosis Research blog posted a study regarding peak angular rotation.

[3] Chris Van Ee is an injury biomedics research for the Department of Transportation.  He has performed experiments regarding head injury for car crashes, such studies in the past have resulted helmets for bicyclists, etc.  He created a presentation for court about his findings:  Dynamic Biomechanical Findings on SBS-LMF.

[4] The American Journal of Forensic Med. Pathology published a case study on a documented accidental fall that had a delayed fatality involved (similiar to what we saw happen to Natasha Richardson in 2009 when she had her skiing accident that resulted in an undetected brain bleed).  "Delayed sudden death in an infant following an accidental fall: a case report with review of the literature."

****
There is this and so much more in the Medical Legal Forums on this website.  I encourage everyone to look at the information included in the topics, organized by specific type of injury.

An amazing 63 minute video of a lecture Dr. John Lloyd, PhD, CPE, CBIS presented on Friday, January 18, 2013, recorded live.  I highly recommend watching it.   Please also see the videos webpage for other videos regarding SBS.  He is available to consult with attorneys and police.  If interested, you may contact him through his website or The Amanda Truth Project via the Contact Us webpage .  A transcript will soon be available, feel free to request a copy.

Link to watch on YouTube:  Biomechanical Engineer Shares His Research

Regarding the reconstructions below...

"Amanda's head could have impacted along the left lamboid suture, between the occipital and left parietal bones, thereby transmitting force in both directions from a single impact through the highly deformable infant bone, resulting in non-depressed fractures at both of these sites." - Dr. John Lloyd, PhD, CPE, CBIS.

Short falls - study with cadavers out of Germany

This was a study using infant cadavers, who were dropped onto hard flooring from only 32 inches. Skull fractures were documented in ALL cases. The table below illustrates the fractures, some of which numbered more than one from a single impact and even cross suture lines. This is further support for the biomechanical plausibility that Amanda's multiple fractures were the result of a single impact. 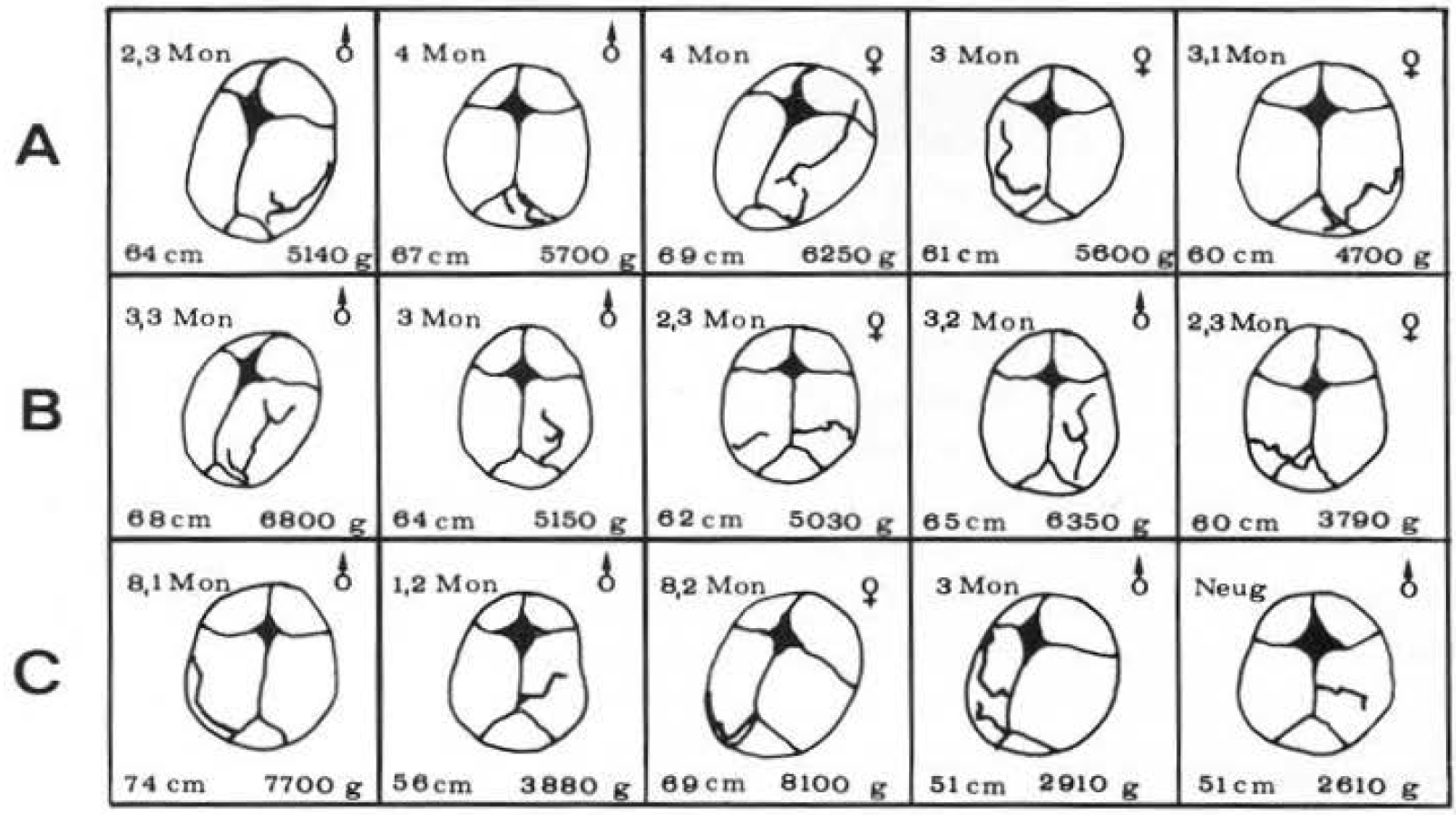 Lorina Troy - Miracles of Faith
by Tonya 9 months ago