More
Why Can't Uncle Come Home?: A story for children struggling with the wrongful conviction of a loved one (Where Is Uncle? Book 1)
by Christiane Joy Allison (Author),‎ Liz Shine (Illustrator)


This is a wonderfully illustrated children's book, designed to help children who are struggling with the wrongful conviction and incarceration of a loved one.


The e-book is also available through these sources:
Kobo - and - Allison Publishing

Ron Unruh has written an update to give a picture of life for a family post accusations.  He chronicled the Bayne family's four-year long journey through the spiderweb of lies and the myths that prevail about this type of false accusation of child abuse that The Amanda Truth Project advocates.  I highly recommend reading his latest post "THE BAYNE FAMILY - AN UPDATE 7 year (sic.) later."

link:
Revolution Radio
link to chat room page where interview will be aired:  Interview
Of the tabs on the left side, one is Schedule A and one is Schedule B. Choose B for Dr. Rima's show in studio B.  When you come to the media player, press the Play button.

Dr. Rima will be interviewing Tonya Sadowsky of The Amanda Truth Project on her show on August 8, 2013, from 10 p.m. to 12 a.m. EDT.  See Calendar.  If you miss the live broadcast, there will be an archived podcast made available 6-48 hours after.

"Visitation in the World of Social Services and Juvenile Court"

A friend of mine's project regarding Deaf Mother's Rights is now official and live! Please view the first vlog for her blog and check out the website!  Happy Valentines Day, Mothers, this is a gift from her to us.

(For non-signers, the transcript to the vlog below is on the website's blog page.)

Zabeth Bayne was interviewed today. I encourage all to listen to this segment of the show. Zabeth discusses such topics as Shaken Baby Syndrome, her family's experiences with MPCD (social services) in Canada and the courts. The host took calls to help Zabeth get the message out about this prevalent false accusation of child abuse.  She touched on how the diagnosis was made despite the family physician indicating that there was never abuse or how "adoptable" a 2-month old would be as well as the fact that there are places that receive funding when these accusations are made.  A worthwhile listen.  For links to the Republic Broadcasting Network's subscriptions see the link to their site on the Calendar Event page for this interview.

This can happen to anyone, just as the title suggests.  Audrey spent years in prison, wrongly convicted of child abuse when an infant died at her day care.  The Innocence Project got involved and she was finally released and exonerated after spending 13 years in prison.  I have a photo of her in the "There Are Other Families" album. 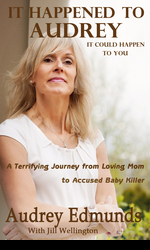 The Amanda Truth Project will be featured on "WOMEN BEHIND THE WALL" on September 11, 2012.  The show starts at 3:00 p.m. Pacific Time (6:00 p.m. Eastern).  See the Calendar Webpage listing on this site for this and other events related to educating communities.  It will be uploaded to a podcast archive for listening after the live show.

Link to show:  WOMEN BEHIND THE WALL
Direct link to the archive:  4JusticeNow

"Women Behind the Wall" is sponsored by Action Committee for Women in Prison, a 501(c)(3) non-profit charity.    Donations are always welcomed by ACWIP.  Your donations to ACWIP are tax-deductible.

(reprinted with permission from TPS)

I was honored to serve as a guest blogger for The Paralegal Society's blog.  Please click on the link to read the full article.

"...There are dozens of potential reasons for my daughter’s injuries, but there was one repeatedly thought to be impossible: the truth. Because we gave that one unfortunate “story” rejected as completely unbelievable, we were immediately judged and convicted as liars covering up abuse. It has taken years, but research is advancing. Short falls are being proven to potentially cause multiple skull fractures, let alone single skull fractures in infants. One week after conviction, ABC affiliates broke their investigations of Bumbo seats, leading to its subsequent recall. Fourteen babies fell backward out of their seats resulting in skull fractures. The recall only lasted long enough to issue a warning sticker advising users not to place the seats on elevated surfaces. Seven years later two more babies suffered skull fractures even though their seats had been placed on the floor! [6]

"Scientists are also studying brain injuries more than ever before. Those most helpful are from NFL players who received repeated concussions. This type of injury is currently under scrutiny because of the recent realization that helmets are only protecting the skull from fractures, but not the brain from traumatic injury. [7]..."

Continue reading by clicking on the title, which serves as a link to the full article.

"Man Serving Life for Killing his Baby Daughter Could be Innocent!"
August 20, 2012

(Title serves as the link.  It's a free article.)

Christina England is an acclaimed journalist from the UK who was herself accused of Munchausen Syndrome by Proxy (MSbP). She was a guest speaker at the Evidence Based Medicine & Social Investigation Conference (E.B.M.S.I.) in 2011 and has written countless articles in various publications, in print and online. Additionally, Christina has coauthored a few books and her most recent is in progress with Dr Lucija Tomljenovic. One of Christina's most popular and widely-read articles was of an infant who died after receiving 9 vaccines in one day. The site hosting that article gets over 10,000 hits per day!

Christina England is an acclaimed journalist from the UK who was herself accused of Munchausen Syndrome by Proxy (MSbP). She was a guest speaker at the Evidence Based Medicine & Social Investigation Conference (E.B.M.S.I.) in 2011 and has written countless articles in various publications, in print and online.  Additionally, Christina has coauthored a few books and her most recent is in progress with Dr Lucija Tomljenovic.    One of Christina's most popular and widely-read articles was of an infant who died after receiving 9 vaccines in one day.   The site hosting that article gets over 10,000 hits per day!

Namaste is an international quarterly publication in the United Kingdom.  Its mission is to provide thought-provoking insight to health issues that are ignored, lied about, or possibly unknown. 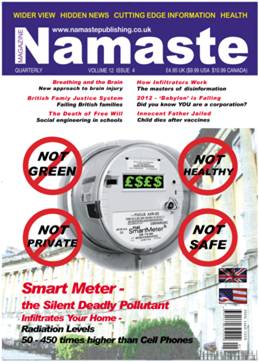 I encourage you to purchase a copy of the magazine to show your support of journalists like Christina who find the courage to talk about controversial topics and magazines like Namaste that offer an outlet for these articles to be published.

£4.95 per issue or annual subscriptions are available as well
Buy Volume 12, Issue 4 now

To order back issues:

At some point this magazine will no longer be a current issue.  Please use this link to order back issues.

Thank you for your support!

This is a link to the talk I gave at the 2011 Conference: Parent Testimony
It is an unlisted YouTube video and not searchable.  I was honored to be invited to speak at the Conference before doctors, lawyers, and social workers in attendance as well other families going through this horror.

Lorina Troy - Miracles of Faith
by Tonya over a year ago