Foregoing what are called probation violations, which are essentially just a sentencing hearing not a trial, and regardless of what outcome at trial I've composed a chart for the dates I was able to find the entire criminal docket for the Cuyahoga County Court of Common Pleas.

I had available three random dates in December 2009: namely, the 18th, 22nd and 31st.  I didn't choose them for the purpose of this blog and actually hadn't intended to do this until I realized glancing over the docket that there were an awful lot of guilty pleas taken clear across the board, regardless of judge (although I did notice some judges apparently hold more trials, I didn't want to make any delineation based on merely 3 days in one month of the year; it could have been a fluke in other words).

Leaving the debate about the Constitutionality of plea bargaining aside, why are so few citizens given their right to a trial?  Knowing what I know about why my husband ended up taking a plea, and given a lawyer's comments recently, I have to wonder about the ability of a citizen to have their Constitutional Right.

Trials are costly we're told.  I believe it.  Essa's murder trial with only circumstantial evidence took over 3 weeks and ended last Friday, March 5, 2010.  This was mostly the prosecution putting forth its case.

The court dockets in Cuyahoga County are overflowing with cases.  I believe that too.  It'll be a discussion for another blog shortly.  Judges need to move their dockets along and with 81 cases on the daily docket in one day there's no possible way for all 81 to have a trial.  I concede the efficiency to having pleas available.

What I don't concede is when an accused is arguing for four days that he wants to exercise his Constitutional right to go to trial and instead is emotionally blackmailed, outright threatened, and coerced into taking a plea (before the recent amendments to the laws governing Open Discovery - see a September 2009 blog http://www.theamandatruthproject.com/apps/blog/show/1795118-open-discovery-discussion - were developed).

Take a look at this chart I've created and judge for yourself. 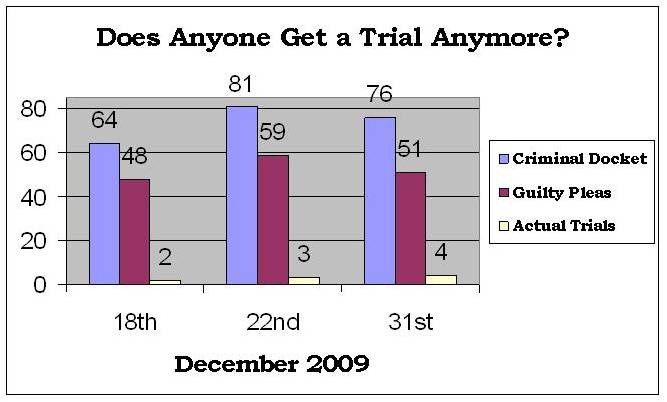 Reply thubofe
7:14 AM on November 16, 2021
online pharmacy to order prednisone