Does Compassion for the Victim Run Afoul of Justice for the Defendant? 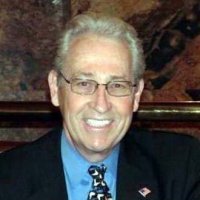 Compassion, empathy, sympathy – in most human beings these are ingrained qualities. We have a drive to help others when they find themselves in harm’s way. Signs of this are seen everywhere.

People leave their homes and jobs to go to other parts of the country to assist when natural disaster strikes; strangers stop at accident scenes to render aid to the crash victims; neighbors run into burning homes to rescue the residents; make-shift memorials appear along roadways and on streets where others have been injured or killed.

My home in Pennsylvania is within about 2 hours’ drive from Shanksville, where United flight 92 crashed on September, 11th. I visited the site and found a wire wall filled with flowers, firefighters’ helmets, letters of condolence and all types of offerings in remembrance of the passengers and crew. It was so emotionally overwhelming that it brought tears to my eyes. We, as humans, strive to find a connection to those in trouble or who are suffering in order to try to ease their pain.

This need to become involved also translates into the area of our justice system. People not close to the victim or the families of the victim still want to show some type of solidarity to those who have been harmed. This is even truer when the victim has suffered from an extremely violent crime or when the victim is a child.

People gather together at courthouses, at city parks, at the victim’s homes. People carry signs and banners of support, light candles, sing songs. All these are methods that people use to show that they sympathize with others and that they are genuinely interested in the welfare of their fellow humans.

All this outpouring of emotion begs one question – Does it prejudice, in any way, the rights of a defendant to a fair trial? In the opinion of this writer, a good argument can be made that it does just that. Two reasons come to mind for my conclusion.

First, while I agree that the outpouring of feeling may help the ones that are victimized, I think that, if the public crosses the line into projections of a general desire for punishment or retribution, the sentiment flies in the face of constitutional rights that are provided for the defendant.

What makes this situation even worse is the way that the prosecution and police departments buy into the sentiment and the way such organizations use these public outburst to foster the idea that the defendant is guilty just because he or she has been arrested, charged and is being brought to trial.

This conclusion of guilt is not within the prevue of the police, the prosecution, or the general public. It belongs to the jury panel and the jury panel alone, but we can only wonder how any prospective jury member, or for that matter any non-sequestered jury panel member, cannot be affected by this type of influence. Jury panel members are also people who feel compassion for their fellow human but, once they are chosen to sit in judgment of another human, they must put aside that compassion, forget the public’s outcry and make their decision on the elusive idea of “beyond a reasonable doubt” based on evidence as presented. This is the only way that our trial system can be fair and bring the proper justice to the defendant. This leads to my second thought.

Does the victim or the families of the victim deserve justice? While the reader may disagree with me, I tend to take the stance that the victim neither deserves nor is provided with the right to justice.

I do believe that the victim, or his or her family, deserves some type of benefits or compensation for the wrong that has been foisted upon them. The ability to file a civil action is time consuming and costly for the victim and family and the outcome is never assured. I also believe that, in the justice system, victims seem to be on the low rung of the ladder. This is true for those who have been victims of assaults, robbery, etc. because these people are expected to place themselves under a financial burden when they have to take time from work, pay travel expensed, etc. in order to attend trials that are often continued and continued, but this is an administrative matter and not a legal issue.

In the cold light of the justice system, in cases that involve homicide, the victim, or more accurately the remains of the victim, is simply evidence used to prove or disprove the facts of case. This is a very difficult concept for the public to consider, but it is similar to the idea that the body of a victim of a non-fatal sexual assault must be considered a crime scene and treated as such in order to gather forensic evidence.

It all comes down to the fact that in the rule of law, the victim is afforded no right to justice that right is for the protection of the defendant.

Of course, if we accept the fact that misunderstood and misapplied examples of compassion may lead to a weakening of the rights of a defendant to a fair trial (While The Constitution does not expressly provide for a “fair trial” [ the words “fair trial do not appear in the document] the right of “Due Process ,as outlined in the 5th and 14th Amendments, seem to apply when discussing the influence that The Court of Public Opinion may have on a case. ), we must also recognize the public’s right to assemble and the people’s rights to express their opinion on matters of which they may choose (The First Amendment is very clear that people have the right to come together and express their opinion ). It is one of the dichotomies of living in a free and constitutionally protected society. We must leave it up to the public to be able to understand the difference between showing compassion for a victim and demanding retribution of the defendant. We can continue to try and teach the public the difference. In the long run we can do so and know that all our rights will remain protected.

Thomas G. Deitman is a degreed paralegal, presently attending Widener University’s Law Center Legal Education Institute. Tom’s interest in the law extends to criminal defense, post-conviction and death penalty appeals. He is a firm believer in protecting the constitutional rights of those accused of any crime. Tom presently holds student memberships in the American Bar Association, the National Association of Criminal Defense Lawyers along with the A.C.L.U. Tom is the founder and owner of Amador Paralegal Services, LLC which is located in the Philadelphia metropolitan area.

Reply lituace
1:13 AM on November 22, 2022
Lastly, and perhaps most importantly, looking at the success rate of chemotherapy for breast cancer, I can see why patients commonly turn to alternatives the 5 year survival rate of breast cancer chemotherapy patients stands at a paltry 1 buy stromectol 6 mg online

Reply Bluesotte
1:28 AM on November 5, 2022
com 20 E2 AD 90 20Wordpress 20Viagra 20Hack 20In 20Header 20 20Cialis 2C 20Viagra 2C 20Levitra 20Muster cialis, viagra, levitra muster After the accident he was hospitalized with a head injury nolvadex where to buy My cousin, True, was doing commercials

Reply Amiduak
8:02 AM on October 31, 2022
Mass Stack consists of stromectol for sale